We provide opportunities for our people to enhance their job performance and develop their careers.

We distribute $8.4 billion dollars which represents 61 per cent of the wealth we create in salaries, wages and benefits to our employees.

The quality of our people is our greatest competitive advantage and providing them with opportunities to improve their performance and their careers is key to our success. 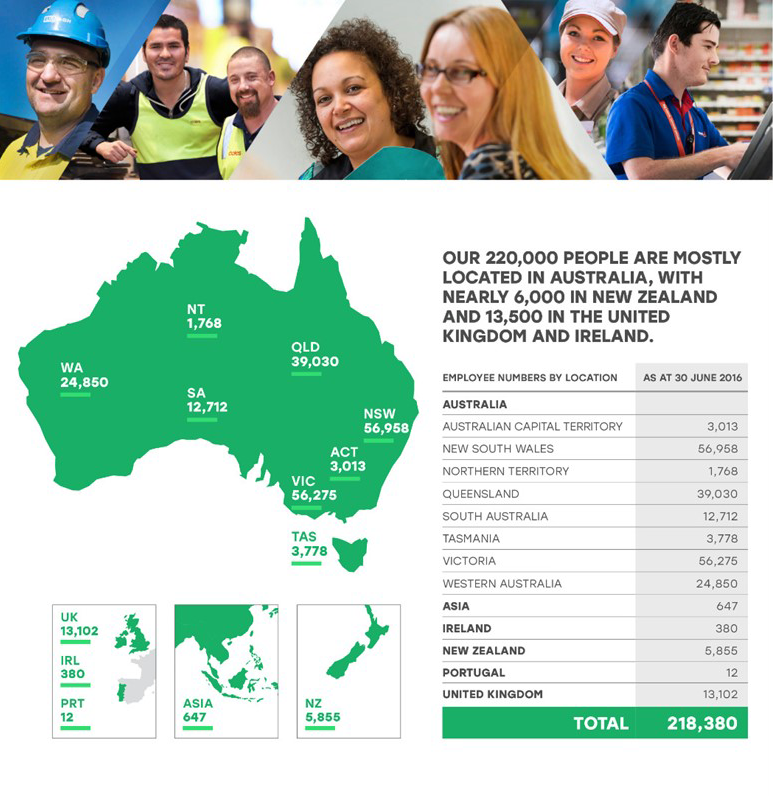 In addition to our employees, our divisions engage contractors in a range of roles. There are also seasonal variations in employment numbers, with a peak throughout the Christmas/summer period in line with the broader retail industry.

In the 12 months to 30 June 2016 we employed 50,607 new people across the Group in a range of permanent, part-time and casual roles. Over the same period we have had a net increase in our overall employee numbers of approximately 13,500 people. This increase is due to the acquisition in February 2016 of the Homebase business from the Home Retail Group.

Our voluntary turnover rate across the Group was 19 per cent.

Where headcount reductions are necessary, our divisions seek redeployment opportunities and where this is unsuccessful, they offer redundancy packages and outplacement services to affected employees.  We pay at least minimum wage in all locations in Australia as required by law and in no areas of operation does minimum wage vary by gender. 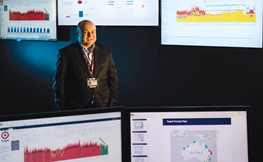 Each division provides a wide range of training and development in job-specific technical aspects as well as generic skills, such as customer service, teamwork and leadership. 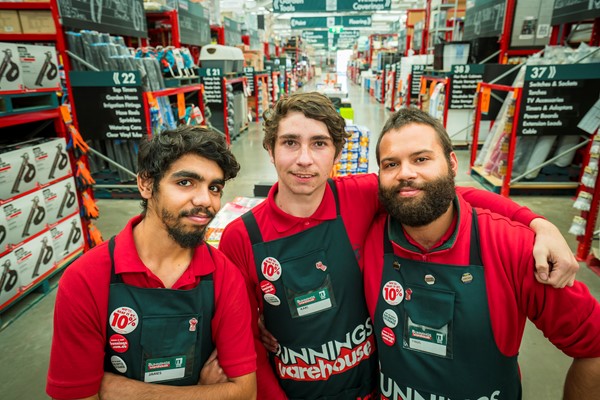 Wesfarmers provides executive development and orientation to ensure leaders understand and are developed in the key elements of the Wesfarmers culture.

At least annually, the Group Managing Director meets with each division to review senior leader performance and development, succession plans for critical roles and the pipeline of high-potential leaders. Particular focus is placed on ensuring that this pipeline reflects the diversity of our workforce.

More than 88 per cent of our workforce is covered by collective agreements. We recognise the right of those we employ to negotiate either individually or collectively, with or without the involvement of third parties. Collective agreements typically include provisions for notice periods and provisions for consultation and negotiation. We also believe in maximising the flexibility of workplace arrangements available to our employees and their managers.

Despite this change, Coles honoured the wage increase that was scheduled under the 2014 Agreement in July and ensured that, while it considers the best way forward, Coles team members did not see any reduction in their base rate of pay.

In July 2016, an individual Coles team member filed an application to terminate the 2011 Agreement. This matter is currently before the Commission.