From its origins in 1914 as a Western Australian farmers’ cooperative, Wesfarmers Limited has grown into one of Australia’s largest listed companies.

Our diverse business operations across Australia, New Zealand, United Kingdom and Ireland include supermarkets; department stores; home improvement; office supplies; coal production and export; chemicals, energy and fertilisers; and industrial and safety products. With headquarters in Perth, Western Australia, we are one of Australia’s largest employers, with approximately 220,000 employees and approximately 530,000 shareholders. Our revenue this year was $66 billion and as at 30 June 2016, we had a net debt of $7.1 billion and $22.9 billion in equity.

Wesfarmers is a company limited by shares that is incorporated and domiciled in Australia. It is listed on the Australian Securities Exchange, with the listing code ‘WES’. In August 2015 Wesfarmers announced an organisational restructure and associated senior management changes when Wesfarmers’ three industrial businesses – Chemicals, Energy and Fertilisers; Resources; and Industrial and Safety were grouped into a new Industrials division. In February 2016 Wesfarmers announced its two department stores Kmart and Target would be grouped into a new Department Stores division. Further details on both the restructures are detailed in the announcements released to the Australian Securities Exchange.

During the year, we acquired Homebase from Home Retail Group plc for £340 million (A$665 million) which added 15,000 new employees in the United Kingdom and Ireland to the Wesfarmers Group.  There were no other significant changes in the organisation’s size, structure or ownership during the year. 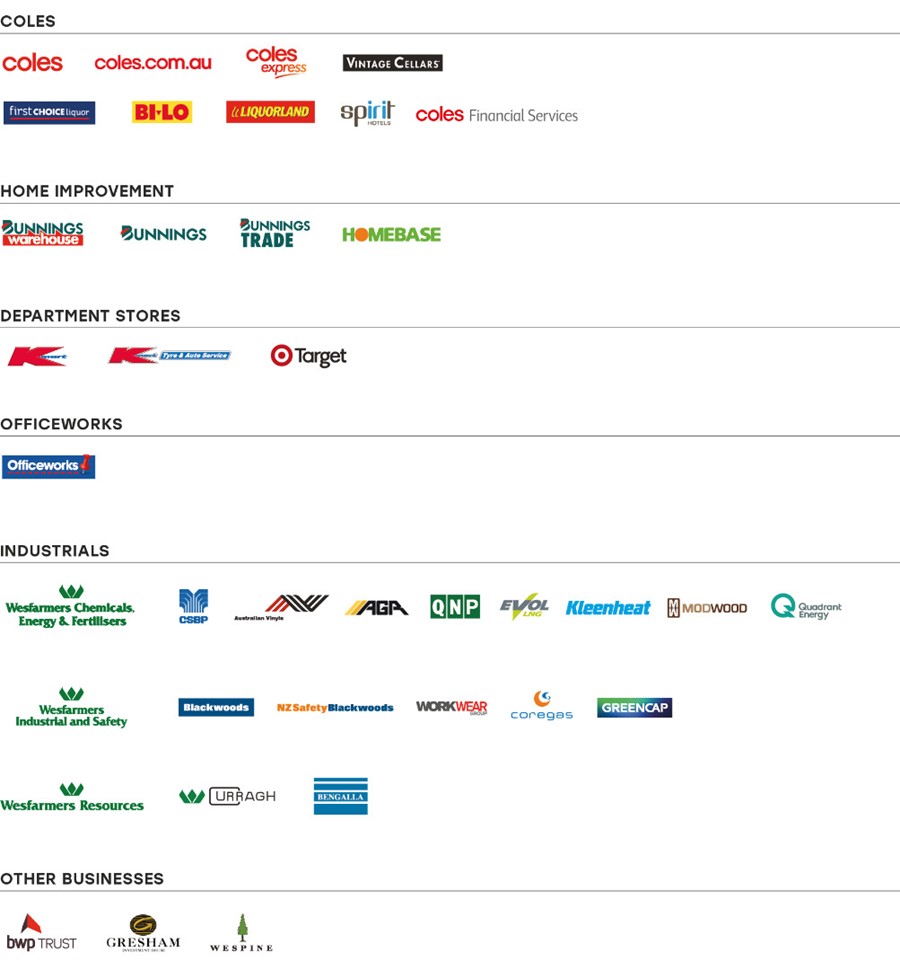